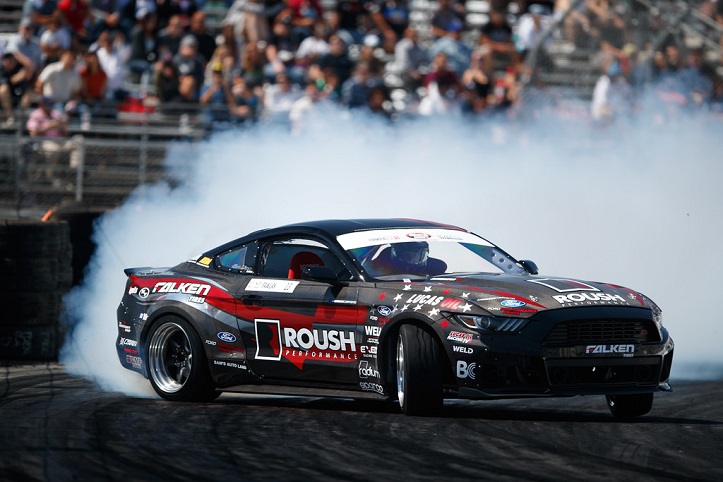 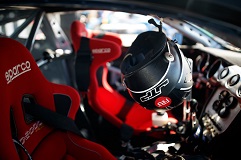 ROUSH Performance is pleased to announce that it has joined with Formula Drifter Justin “JTP” Pawlak as his 2017 title sponsor for the third consecutive year. Pawlak will be competing in a 2016 Mustang powered by a ROUSH Supercharged Ford Performance Aluminator crate engine.

“I’m excited to team up with ROUSH Performance for another season in Formula Drift,” said Justin Pawlak, who is based in Corvina, California. “The car is really solid, we’re prepared, and I feel like this is going to be a great season for us.”

The 2017 season will find Pawlak in an S550-chassis Mustang with a Ford Performance Aluminator crate engine under the hood, topped with a ROUSH 2.3L TVS Supercharger. The lethal combination produces almost 1,000 horsepower and 831 lb-ft of torque.

Pawlak’s 2016 Mustang is sporting a new wrap for the 2017 season. “In a sport where the competition is predominantly import cars, we were excited when Justin wanted to show his American pride with a new ‘Stars and Stripes’ livery,” said Nic Shafer, VP of Marketing at ROUSH Performance. 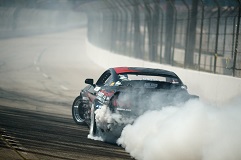 When Pawlak isn’t drifting, he’s doing his own mechanical, fabrication, and suspension design. He remains one of the highest-ranked drivers in Formula D that performs his own vehicle work.

“We’re proud that Justin is continuing on this year as a member of Team ROUSH, and we look forward to what this season holds for him,” said Shafer. “Justin’s talents on the track and in the shop, make him an asset to our program, and we know that the ROUSH 2.3L Supercharger will perform at the top of its game as well.”

Outside of drifting, Pawlak spends a lot of his free time mentoring young drivers, volunteering at his church with youth community activities, or attending meets, shows, and charity events in the automotive industry.

At the first event of this season in Long Beach, California, Pawlak ended up in the top 16 of the event, giving him 32 points for the start of the season. 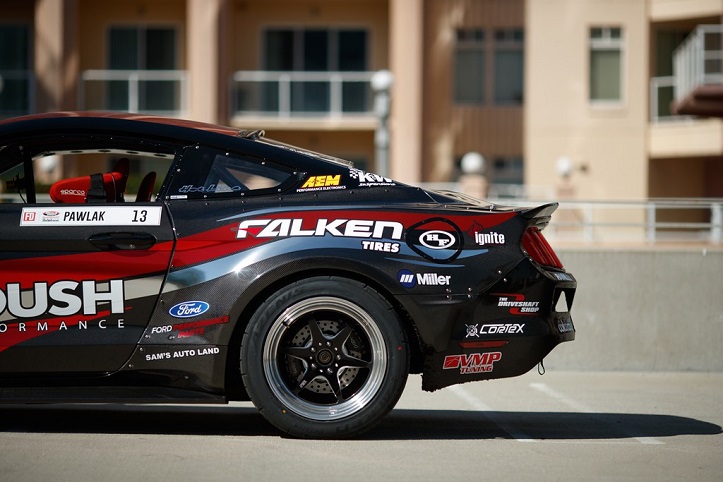 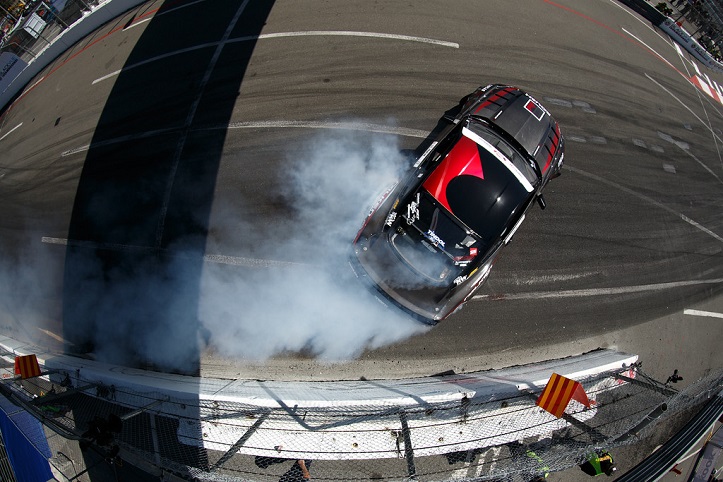