ROUSH Welcomes the Raptor to its Vehicle Lineup 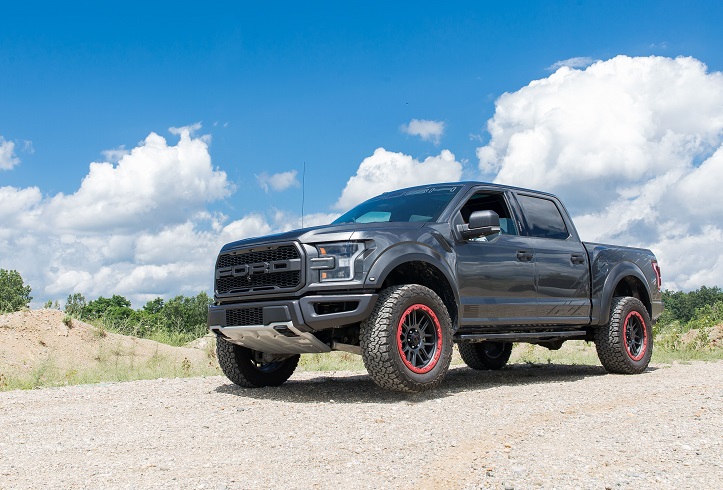 ROUSH Performance is excited to announce the addition of the ROUSH Raptor to its lineup. The ROUSH Raptor has been welcomed back to the ROUSH family after a brief hiatus, as it was offered throughout its production from 2012-2014.

The ROUSH Raptor is equipped with a Fox 3.0 Suspension System, allowing it to conquer the off-road with ease. Though the Raptor was built at Ford with a suspension system capable of extreme performance, all original equipment systems require compromise. ROUSH has picked up where Ford left off to unlock the Raptor’s full potential.

The new ROUSH Raptor’s 20-Inch Wheels feature integrated rim edge protection in the form of a sacrificial wheel trim ring constructed from solid nylon. Black and red rings are included, and can be switched without affecting the tire. The wheels are wrapped in a larger BFGoodrich Truck Terrain Tire – the BFG All-Terrain KO2 – which has been hailed as the “World’s Best All-Terrain Truck Tire”. It was originally developed between BFG and Ford for use with the Raptor in a 17-inch size. ROUSH has opted for a 20-inch version to provide the same off-road capability while showcasing a more aggressive stance.

Inside the ROUSH Raptor, “ROUSH” headrest embroidery on all four seats, and console badging complete the Raptor’s transformation.

Click here to see the new Raptor in action!