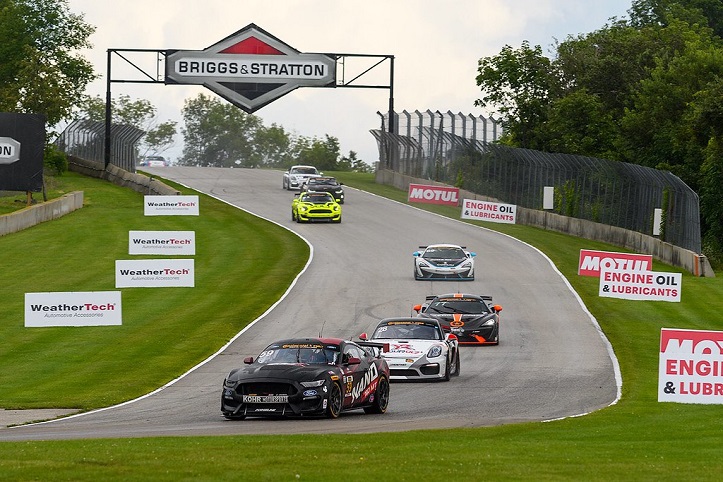 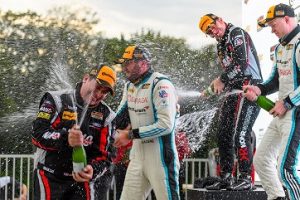 KohR Motorsports’ Jack Roush Jr. and Dean Martin dropped the hammer at the IMSA Continental Tire SportsCar Challenge Road America 120 this past weekend. The team, powering a NanoProMT GT4 Mustang, faced harsh weather conditions in a shortened race to take the win just under an hour and a quarter into a two-hour race.

A mechanical malfunction regarding the Mustang’s differential in Practice 3 forced crew to thrash to get the car on track for qualifying less than 30 minutes later. The team excelled and earned a front row outside starting spot. When the pole winner could not make grid due to a suspension problem, the KohR team was granted pole.

Early on, after a crash stopped the race, a restart found Mathew Keegan leading the pack with Roush close behind, opening a gap in the field. Roush quickly ran him down, and passed him 12 minutes later to take the lead.

Once out front, Roush managed to build the lead up to over 14 seconds. Martin took the wheel from Roush in lap 23, and maintained the gapped lead. The KohR Motorsports No. 59 Ford Mustang possessed the lead spot when lightning and heavy rain caused the waving of the red flag with 47 minutes remaining. Conditions did not allow racing to ever resume, and 32 minutes later, the wave of a checkered flag granted Roush and Martin the win.

Earlier in the season, the team claimed their first win of the season at Watkins Glen, after lightning and heavy rains caused a red flag to fly. 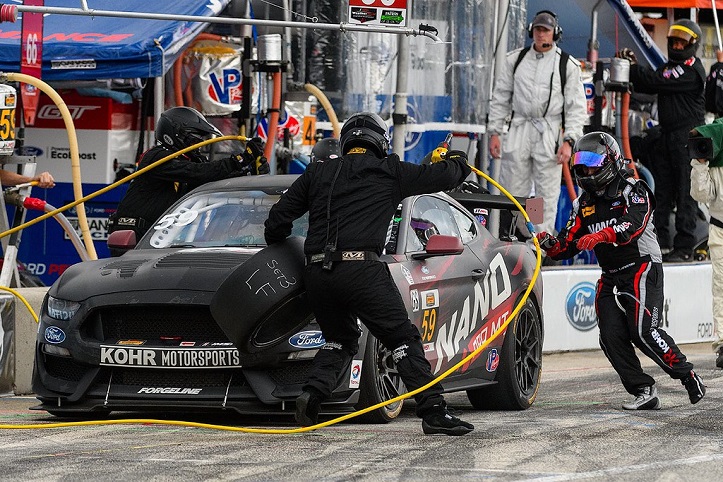 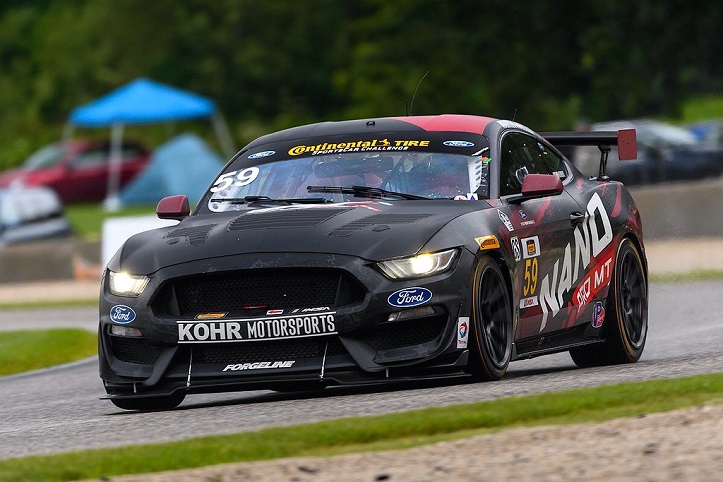 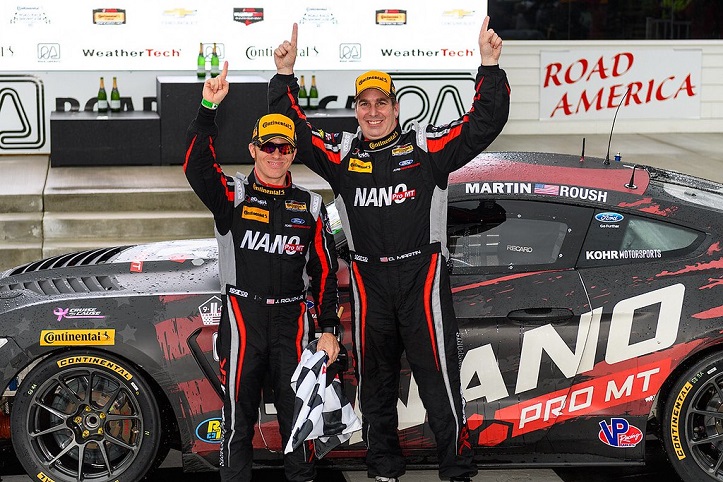