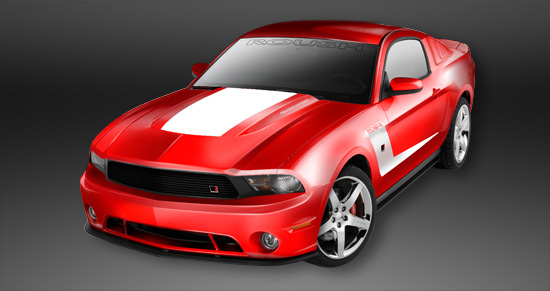 Jack Roush is a man who knows how to coax horsepower from an engine. He has built an automotive powerhouse in ROUSH based on this simple premise, and he couldn’t wait to get his hands, and his engineering team, on the new Ford 5.0L engine. The end result, and the car fans of the ROUSH Mustang have been waiting for, is the 2011 ROUSH 5XR Mustang with "more power" under the hood thanks to the factory-installed ROUSHcharger®.

"I'm always excited to get an opportunity to work on a new engine, and the Ford 5.0-liter is a great platform. It has 412 horsepower to begin with, but our group was able to coax out another 113 horsepower with the ROUSHcharger. The 2011 ROUSH 5XR runs fast, sounds great, and is another amazing addition to the ROUSH Mustang heritage," said Jack Roush, motorsports legend and chairman of ROUSH Enterprises.